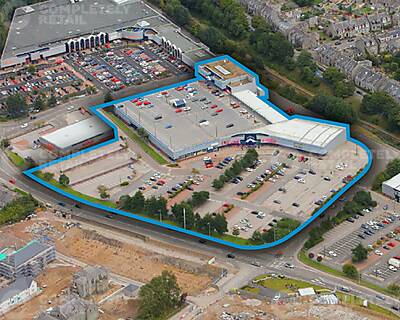 Prime Retail Park to the West of Aberdeen City Centre. Occupiers include Matalan and Mecca Bingo.